The Terraces at San Joaquin Gardens

Resident celebrates birthday with a chance meeting of a baseball great 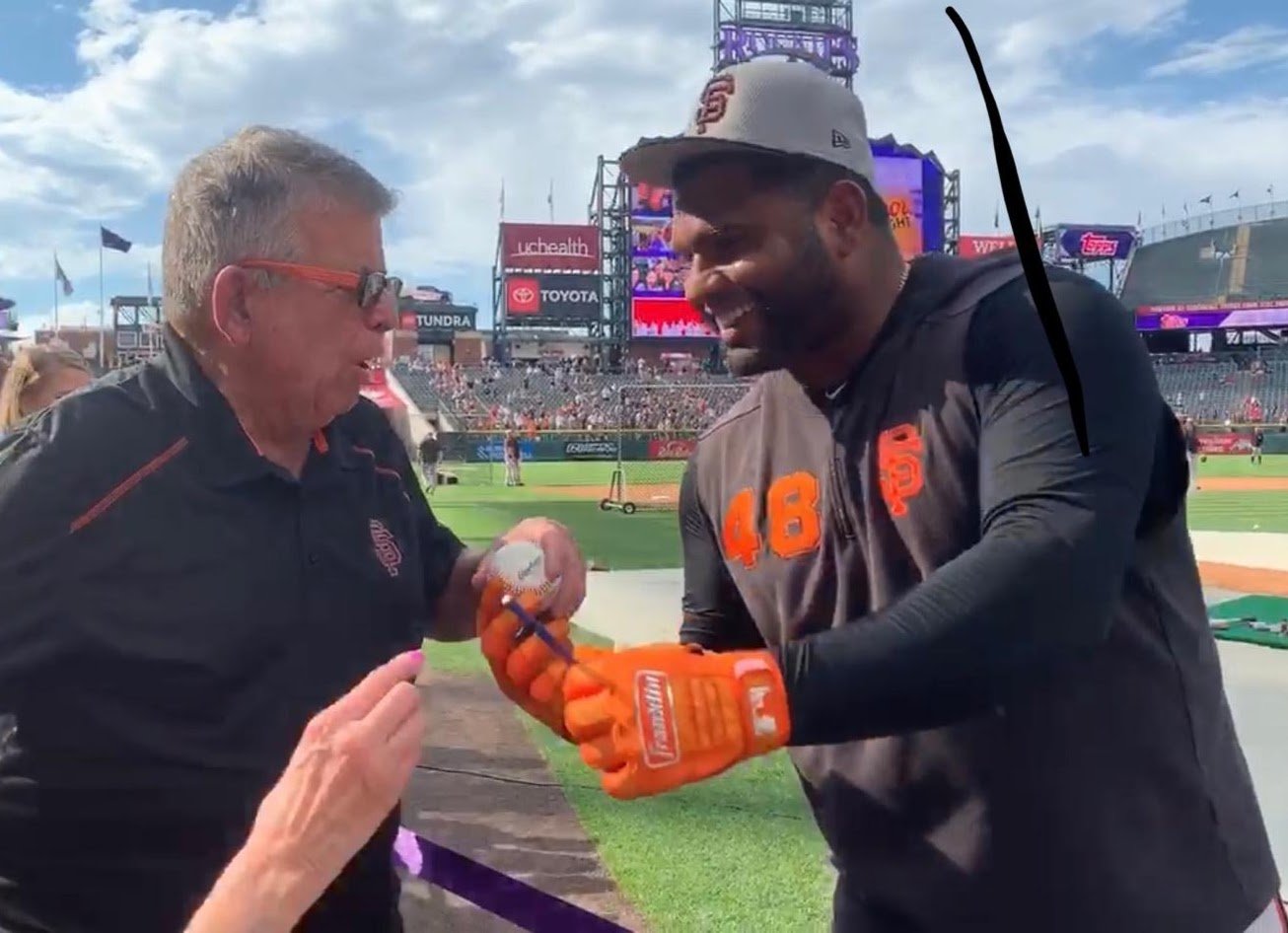 Resident Eddie Sklarz recently took a special trip to Colorado for his 70th birthday for a family reunion and to see his beloved San Francisco Giants take on the Colorado Rockies.

That surprisingly landed him a chance to meet one of his favorite players—Giants third baseman Pablo Sandoval.

A month prior to the game, a Giants representative invited Sklarz, a diehard Giants fan since the 1950s, to the game. He was offered a seat in the elite section of Coors Field.

During the late summer game, Sklarz saw Sandoval warming up and began calling out to the third baseman. Sandoval heard Skalrz and skipped his turn for a warm-up swing at bat to chat with Sklarz. Sandoval not only autographed a baseball for Sklarz but he also promised him in an Instagram post that he owed Sklarz an bat for his birthday.

Check out below Sklarz’s chance meeting with Sandoval, and click here to see Sklarz’s reaction to the IG post.

A season of giving back
How to stay healthy through the hol...
Fresno State inducts resident in jo...
Fresno City Council honors resident...

Stay Updated with The Terraces at San Joaquin Gardens

The Terraces at San Joaquin Gardens in Fresno, California, is owned and managed by HumanGood, a nonprofit public benefit corporation serving older adults since 1949. State of California License #100400544, DHS License #040000142, Certificate of Authority #297.