Home Resources Saying ‘No’ to the In-Law Apartment

Saying ‘No’ to the In-Law Apartment

Why one woman chose senior living over moving in with her kids. 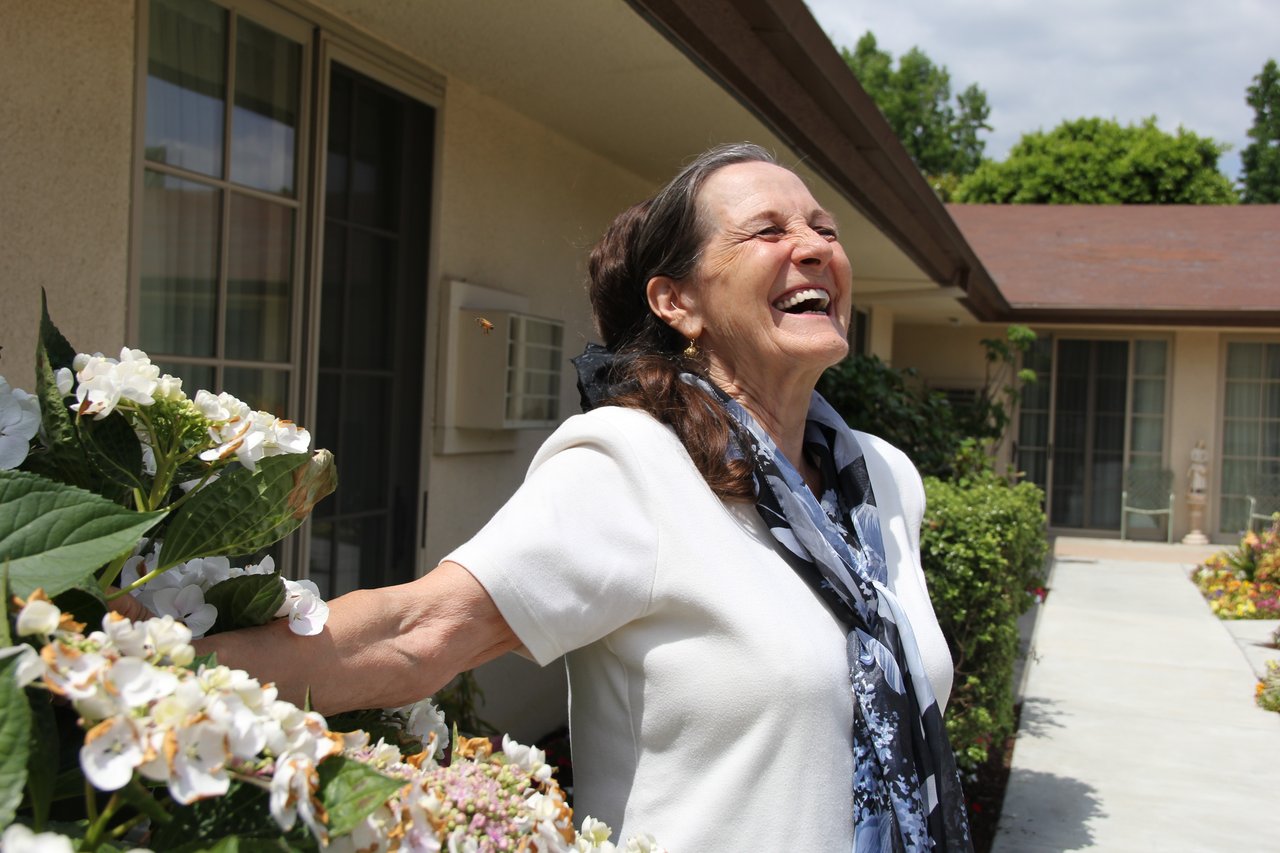 Life has presented Edeltraut Schober with character-testing challenges, but many joyful experiences, too. As a young couple, she and her husband emigrated from Austria, settling in California. She lived in the family home for 30 years, and for several years after her husband passed away in 1998. The upkeep and expense became difficult for her to manage and, although she’s in good health, two falls precipitated her decision to find a new living option.

Schober’s daughter, an opera singer, asked her mother to move into her nearby home, but Schober declined.

“My daughter spent eight years of her life caring for her uncle, which meant she sacrificed furthering her career while taking care of him,” Schober says. “I felt my moving in would be a terrible imposition on her. I wanted her to have the time she needs for her work.”

Her son, a classical pianist and university professor, also offered space in his New York home, but it didn’t feel right to Schober. While she appreciated the kindness and generosity of her children, Schober began exploring senior living options.

What if, like Schober, your child suggests you move in with them and you feel ambivalent or even resistant?

Why Some Seniors Say ‘No’ to the In-Law Apartment

Sometimes a room of your own inside someone else’s home—even a loved one’s—just isn’t the right emotional and psychological fit. For Schober, a desire to be safe and not be a burden was at the center of her choice.

For other seniors, family roles, identity and underlying relationships between adult children and parents often come into play. If you’re self-sufficient and independent, it may feel like you’ll lose that part of your identity if you move in with your kids.

Deborah Heiser, PhD, an applied developmental psychologist with a specialty in aging, views aging within a transitional life-stage framework.

“Our identities shift regarding our children when we age. We want to maintain independence, but our children may be ready to take on a larger caregiving role,” says Heiser. “This leaves the active adult seeing their identity in transition—but the feeling of not being in control of this transition is often difficult for seniors. The adult child feels like they’re losing their role as the child in the relationship as well.”

Talking about your feelings regarding the changing roles can help reduce tension and make the transition smoother for everyone “Many children and older adults have preconceived notions about what life should be like for a senior,” Heiser says.

“Children may have wonderful intentions but don’t realize parents have a lot at stake emotionally like their identities, self-worth and value to society.”

Schober ultimately chose Windsor, a HumanGood senior living community in Glendale, California. The availability of additional care if she ever needs it was part of the appeal.

“I wanted to live where if anything—from something minor to something drastic—changed with me, I would be taken care of,” she says.

Choosing a senior living community over the in-law apartment allowed Schober to begin building a new social life and keep her good relationships with her kids from stumbling into role reversal.

While she has long since settled into her Windsor home and become an active community member, her transition to senior living—selling her home and moving away from old friends—wasn’t always easy.

Resourceful and resilient, she tapped into her creative side when navigating a previous rough patch. “I rescued a dog and while we walked, I jotted down poems which became a book,” she says. Joys and Laments of Getting Older: Poems by EHR Schober was published in 2012. “My motto is, ‘Whatsoever doesn’t kill you makes you stronger.’”

The Benefits of Senior Living

Learn about the benefits of senior living to understand your options and to make an informed choice with your family.