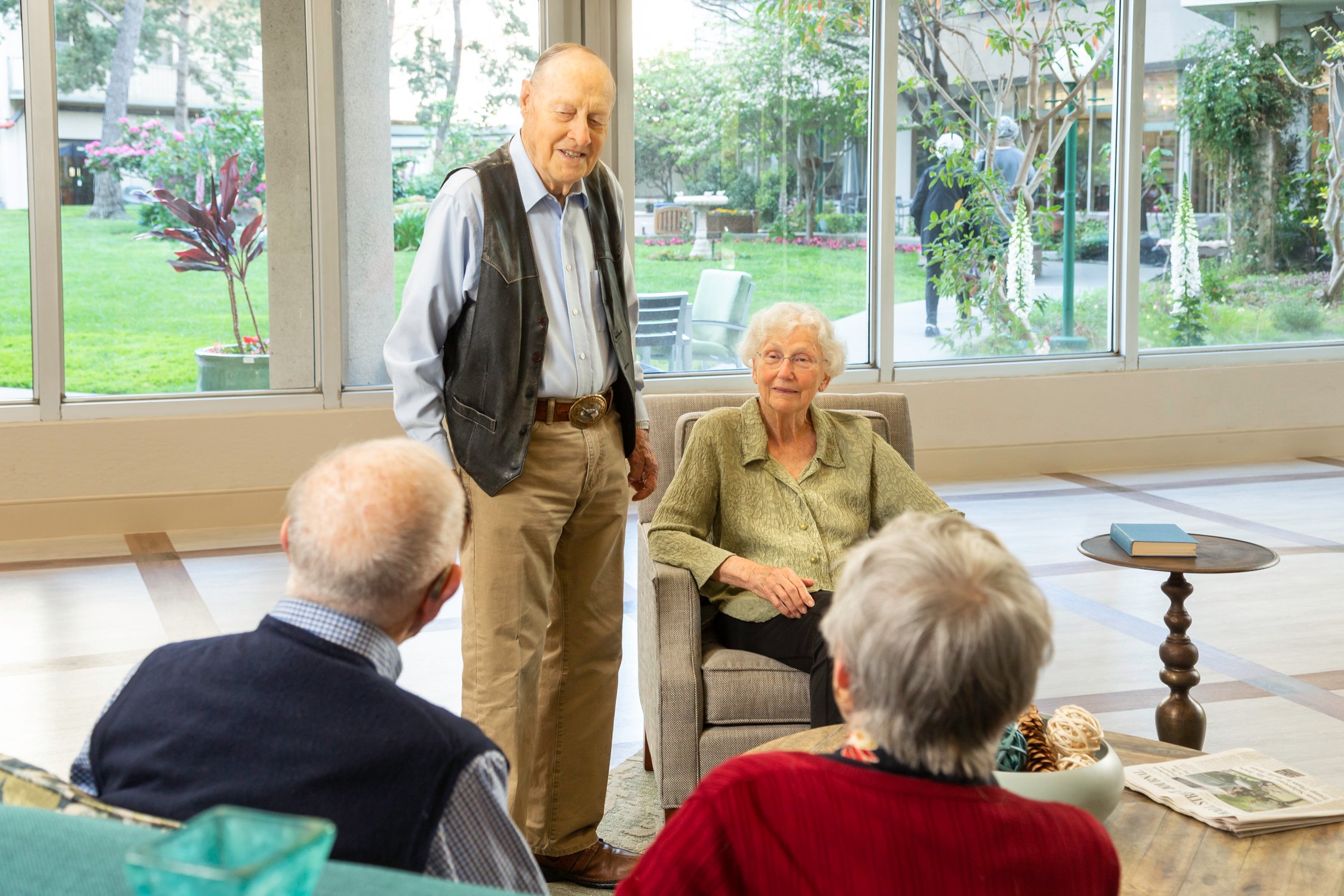 Following his retirement in 1992 as the chief economist at Chevron, resident Bill Hermann didn’t have to go far to discover his next career passion.

Hermann traveled just shy of a block and a half from his office on Bush street to Golden Gate University to start teaching graduate courses for the University’s masters of business program. For nearly 30 years, he has guided students who’re now working in finance and economic departments for corporations, and teaching others themselves.

“My students have their lives ahead of them, and they’re eager and ready to get their graduate degrees which they know are valuable in the marketplace,” said Hermann, who moved into Piedmont Gardens in 2017. “I really have enjoyed teaching.”

Hermann admits he’s always had a heart for teaching though his career led him down many paths. That included working in economic development for the state department in the mid 1960s in West Africa. He also worked for Shell Corp. for 10 years after serving as a lieutenant in the U.S. Air Force during World War II – where he flew a combat tour in the Eighth Air Force and was awarded the Distinguished Flying Cross.

Following his tenure at Shell, Hermann earned his doctorate in economics. In 1967, he began his first teaching position at an air force base in South Dakota. He taught economics to air force officers through an MBA program offered by South Dakota State University.

“It was during the Cold War and the base was shared with a group of B-52 planes, and I would have to stop lecturing because the planes would go right over our building,” Hermann laughed. “You can imagine the roar of those B-52s overhead.”

Now at Golden Gate, Hermann currently serves as professor emeritus, advising each semester up to four MBA students who are from all over the world—including China, Central Africa Republic and Germany. “My students have lived very interesting lives, and it has been interesting to learn new things about them and their homelands,” said Hermann. “I hate to give this up. I want to teach and advise new students forever.”

A statement from our executive dire...
Resident, daughter receive top hono...
Best in Show at Valle Verde
A season of giving back