On Veteran’s Day 2020, we honor the men and women who have served our country. We’re honored that the San Diego Union Tribune has chosen to highlight White Sands resident Bob Tauber’s service, as well as that of other local veterans. You can read their article here, as well as the full interview with Bob below.

Bob Tauber can retrieve details from 76 years ago like it was just last week. From his home at White Sands La Jolla senior living community, he fondly reflects on his service during World War II, and his participation in one of its most pivotal conflicts – The Battle of the Bulge.

A Chicago native, Tauber originally enlisted in the navy, only to be rejected due to partial red-green color blindness. Instead, he went to community college, where he was eventually drafted into the army.

“They gave me a choice – infantry or cavalry,” said Tauber, who turned 96 on Halloween. “I knew how to ride a horse, so I chose cavalry. Little did I know it was mechanized, so that’s how I wound up in the 94th Cavalry [14th Armored Division] under Patton.”

Tauber, 20 at the time, was part of a fast-moving, lightly armored group whose main job was intelligence. Always the tip of the spear, they maintained constant contact with the enemy to source numbers, weapons, strengths, weaknesses – all without being killed or captured.

In the dead of night on New Year’s Eve, 1944, Tauber’s position was attacked in what would become The Battle of the Bulge. Chaos reigned; at times friend only distinguished from foe by the silhouette of a helmet in the moonlight. Armed only with a Thompson submachine gun, Tauber’s orders were to simply slow the advance down.

“We couldn’t hold back their tanks,” he said. “We had 37mm cannons, but it was like throwing pingpong balls at their Tiger tanks.”

Sometime during the night, Tauber was hit in the arm by a mortal shell or anti-personnel weapon. With the help of a morphine syrette and a tourniquet, he walked the mile-and-a-half back to an aid station for treatment.

He spent nearly a month recovering in hospital in France, where he confronted the atrocity of what they were fighting against.

“They came to my ward and said they needed volunteers to unload survivors of concentration camps,” he recalled. “That’s one thing I’ll never forget – putting these guys on the stretchers. Some of them never made it to the hospital before they died.”

After he recovered, Tauber reunited with his outfit where he finished the war in Bavaria, or so he thought.

“I was sent to a replacement depot in France and was told to wait there until a ship came; we were to help with the invasion of Japan. They were estimating a million U.S. casualties. I thought I’ll never survive this.”

But the atomic bombs scuttled those plans, and the war, and his service, truly came to an end.

When he returned stateside, Tauber went back to school where he earned an engineering degree from the University of California, Berkeley in 1949. Eventually, he and his family settled in San Diego, where he started a company that provided custom battery packs for medical instruments, universities, oceanographic equipment, grocery stores and other business in 49 of 50 states.

These days, from his home at White Sands La Jolla, Tauber keeps busy with a favorite novel or walking Roxy, his beloved pup, around the oceanfront campus. At various times in the year, and around Veterans Day in particular, he often finds himself reflecting on what he lived through.

“When I was 20, I often wondered if I’d live to see 21, to see my family again, to get married, or would I die in this snow-covered forest in Germany,” he said. “Fortunately, I didn’t. You realize that so much in life is out of your control, so many things are going on that affect your life. There were so many comrades in the wrong place at the wrong time. It could’ve been you. You had no control; it was just random chaos.”

According to the National WWII Museum, only 2 percent of the 16 million Americans who served during World War II are with us to share their stories. It’s a reality Tauber knows all too well.

“I’m the last one standing [from his friends in his outfit] – they’re all gone as far as I know.” 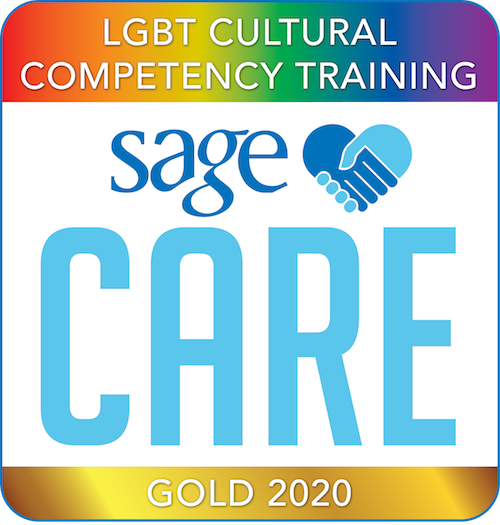