The Terraces of Boise

Residents get the lift of a lifetime 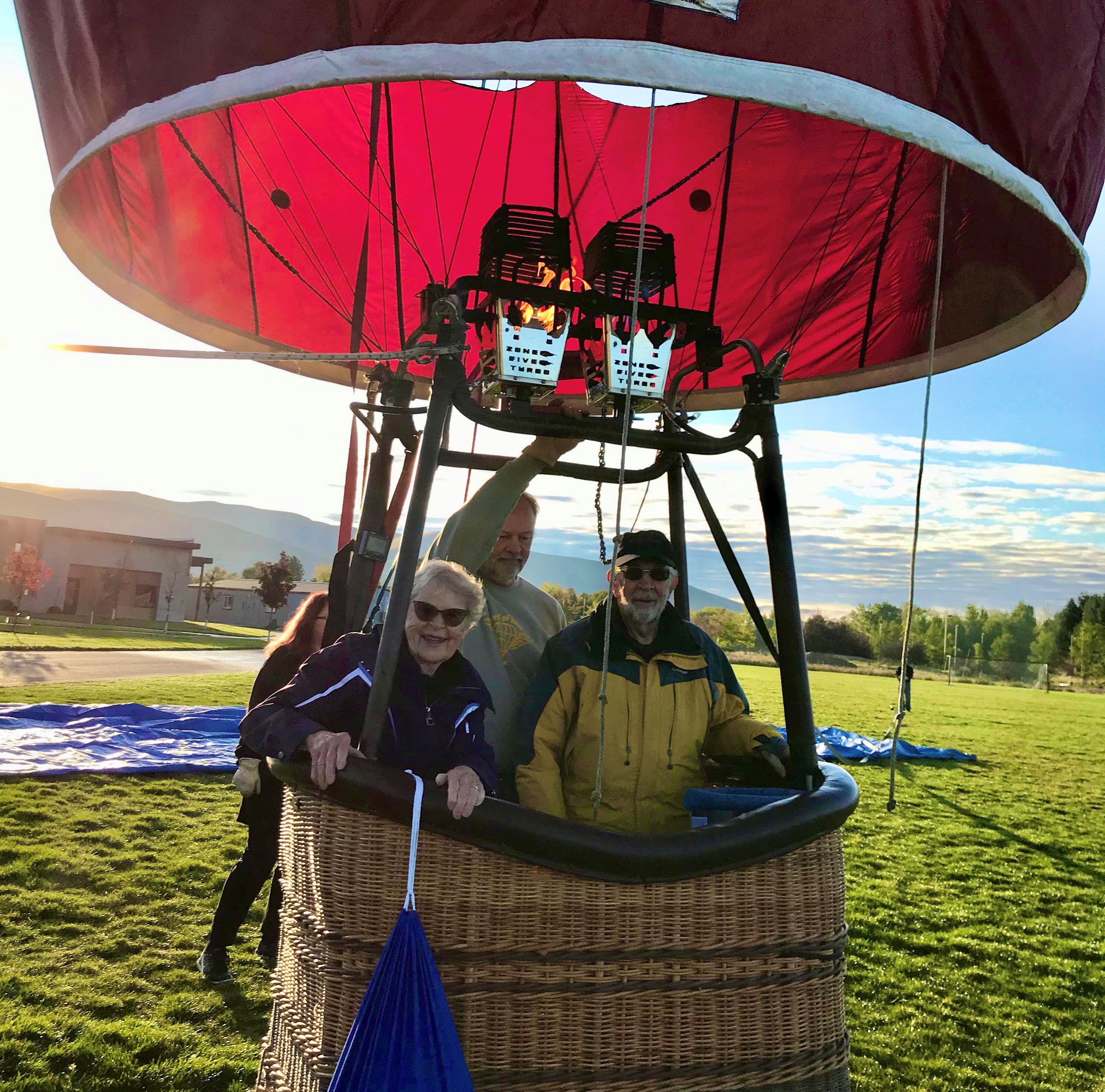 Resident Sallie Peterson finally got a chance to cross an item off her bucket list—a ride in a hot air balloon.

“As long as I can remember, I’ve wanted to try it,” says Sallie, who got that opportunity in late fall to take a morning ride with her husband Wesley. “I didn’t know if I’d ever get to do it, but here it was, something on my bucket list.”

The Petersons’ interest in hot air ballooning stems from a nonfiction account Sallie once read about two families who escaped East Germany in 1979. By piecing together a balloon from scraps of fabric and testing it at night in secluded woodlands, the families crossed the heavily guarded Berlin border wall into Bavaria. Their story has since inspired the acclaimed movies Night Crossing (1982) and Der Ballon (2018).

Sallie, a seamstress by trade, has always been fascinated by the mechanics of balloon-making. She once had an acquaintance ask her to sew one herself, so she looked into it. “It’s a lot of seams, but it’s not that complicated or technical,” she says.

But life circumstances kept Sallie from following through on the opportunity, and the Petersons thought her dream of flying in a balloon might never come true. Then, she saw something astonishing in the community’s newsletter: “Free Tethered Balloon Rides!” The event, held at Riverstone International Field, offered free flights to Terraces residents.

Sallie knew this was her chance; and once the Petersons were airborne, they fell in love with the view and the feeling of freedom. “It’s not like being in a plane, where you’re closed in,” Sallie says. “You feel the air all around you, and it’s quiet, except for the firing of the burner that fills the balloon. We’re used to all these gadgets and technology, but a balloon is really simple, actually, down to earth.”

Wesley adds: “It was really fascinating to talk with the pilot about controlling the balloon’s speed and ascension, and how much hot air to give it. If wind is pushing you off course, you can go higher up, where the wind changes direction.”

As soon as they landed, Sallie says she began swapping stories and photos with fellow residents. “I was just so impressed with how gracious and courteous everyone was, to give us that opportunity. I thought it was exceptional.”

And to think it took getting off the ground to bring friends and neighbors closer together.

Stay Updated with The Terraces of Boise

The Terraces of Boise in Boise, Idaho, is owned by HumanGood, a nonprofit public benefit corporation serving older adults since 1949, and managed by Greystone.