Knowing what to look for can help adult children support parents struggling with addiction. 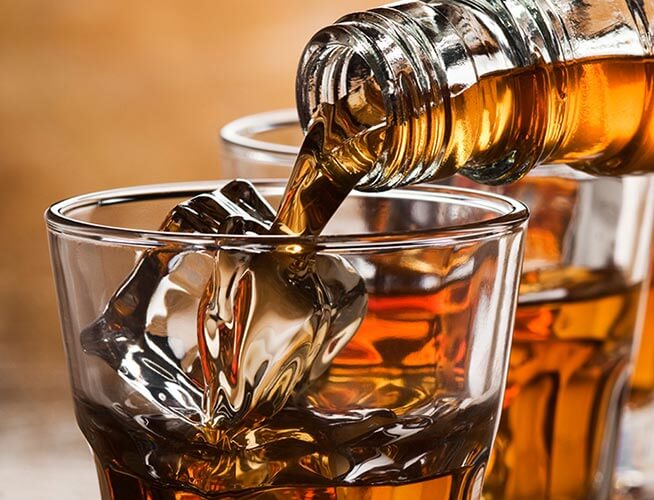 Ernest “Ernie” Oare had always been able to hold his liquor. And in his 72 years, he’s held a lot of it. For many members of the sandwich generation, Oare’s story may sound familiar.

“I drank a lot, but for some reason I could always handle it pretty well,” says Oare, a horse showman and racer who splits his time between Warrenton, Virginia, and Ocala, Florida. “My mother, sister and brother all were alcoholics, but none of them thought I had a problem. I thought I might, but they had experience. ‘If they don’t think I’m overdoing it,’ I told myself, ‘I guess I’m not overdoing it.’”

When he found himself drinking straight vodka at 6 a.m., it became clear he was. “When that started happening, there was no doubt in anyone’s mind that I had to shape up or ship out,” says Oare, who was 60 at the time. “We never really got to a formal sit-me-down — a formal intervention. Not that it wasn’t in the works, but it never happened. It didn’t have to, because the handwriting was on the wall. [My wife and kids] weren’t going to put up with it much longer.”

Faced with declining health—“I was ridiculously thin, and my liver was going,” he says—Oare entered treatment at Hanley Center in West Palm Beach, Florida, in January 2002. He returned eight more times before finally achieving sobriety in January 2008.

Despite stereotypes suggesting addiction is a young person’s disease, Oare’s story isn’t uncommon. In fact, as many as 2.5 million older adults have an alcohol or drug problem, according to the National Council on Alcoholism and Drug Dependence.

And with the number of adults ages 65 and older projected to increase from 40 million in 2010 to 74 million in 2030, that number will only grow.

Addressing it as a society requires first addressing it as a family. Having those tough conversations begins with understanding the unique causes and consequences for seniors struggling with addiction.

Seniors and Addiction: A Perfect Storm

Aging creates a perfect storm of social and physical circumstances that leave seniors vulnerable to addiction.

“Seniors have a host of medical problems, including chronic pain, sleep issues, depression and anxiety. They’re facing retirement, which can bring on boredom; and they’re often experiencing issues of grief and loss from the deaths of family and friends,” explains Dr. Walter Thomas, medical consultant for The Discovery House, an addiction treatment center in Los Angeles.

“Because the brain response to drugs and alcohol changes, seniors also have higher sensitivity and a lower tolerance, which creates a much more profound effect from substances. They also have about a 50 percent reduction in their blood flow to the two major organs that metabolize drugs and alcohol—the kidney and the liver—which increases substances’ toxicity. Then there is the interaction with medications. All of this creates a very complex and high-risk situation for seniors.”

Still, it’s tough for children to recognize warning signs in their parents, and symptoms can be hard to recognize as signs of addiction or substance abuse. They might include memory loss, changes in sleep and appetite, bruises from falling, irritability, balance and cognition issues or even a zombie-like state.

“The trouble is, all of this is easily confused with senility,” says Dr. Damon Raskin, a Pacific Palisades, California-based board certified internist and Diplomate of the American Board of Addiction Medicine specializing in geriatric and addiction medicine. “A lot of seniors are misdiagnosed with Alzheimer’s or dementia when what they really have is an alcohol or substance abuse problem.”

Although loved ones often struggle to identify addiction, seniors’ age makes it especially important that they do.

Treatment can be a hard sell for people at any age, but there are many incentives that children can use to persuade parents to seek treatment.

“Sometimes it’s a medical issue,” says Raskin, who adds that senior addicts are more prone to falls. Those hoping to live independently will often opt for treatment over long-term medical care.

Grandchildren can be a powerful motivator, too. “Family—grandkids, specifically—are one of the most significant reasons why older adults who don’t want treatment ultimately seek it,” explains Dyben.

His grandson was a major motivator for Oare. Thinking about a recent visit with his son and two-year-old grandson, Oare knows that if he hadn’t gotten sober, visits like that wouldn’t have happened. “He’s my best buddy, that little one, and that wouldn’t have been that way. I probably wouldn’t have still been here,” he says.

Dyben believes residential treatment and 12-step programs like Alcoholics Anonymous and Narcotics Anonymous typically are the most effective treatment option for addicts of any age.

If possible, he says, look for programs and AA or NA groups that either cater to older adults or at least welcome them. “Older adults are more open to participating in treatment if they believe they are in treatment with people who are their peers,” he says, noting that best treatment centers for seniors are those with medical as well as clinical expertise. “Older adults are more likely to have other medical or mental health conditions alongside their substance-use disorder, and that requires a really intense level of medical care as well as clinical care.”

Because the risk of relapse is high at any age, it’s equally important to treat both the addiction and its cause. “If the root of a patient’s substance abuse is depression or anxiety, that might require medication,” Raskin says. “If it’s loneliness or boredom, the patient may need to have a caregiver or sober companion who moves in with him. Or he may need to move into a community where he can be around more people and get involved in more activities, such as charity work or a hobby.”

Whatever the age, the key to success is persistence.

“The best thing I did for myself was to keep going back to treatment,” Oare says. “Getting sober has been a 100 percent turnaround. Nobody had totally given up on me, but if I had not faced it when I did it was going to happen. Now I have my life back.”