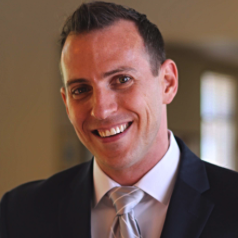 Jonathan Boyar has accepted the position of executive director at Judson Park, effective June 11, 2018. In his new role, Jonathan will have directly oversee the daily operations at our Life Plan Community in Des Moines, Washington.

Since 2015, Jonathan has served as the executive director of Las Ventanas in Summerlin, Nevada, where he first started as the healthcare administrator.

Las Ventanas has thrived under Jonathan's leadership. He oversaw the opening of the Las Ventanas' memory care unit, which reached full capacity in less than 12 months; and, earlier this year, he successfully led the community’s transition to HumanGood’s financial and human resources systems.

A Las Vegas native and a second-generation healthcare administrator (his father was in the senior care industry for more than 30 years), Jonathan received his bachelor’s degree in hotel administration from the University of Nevada Las Vegas, where he also received his MBA with a concentration on marketing.