Home Resources Living Alone With Others in California Senior Living

Living Alone With Others in California Senior Living 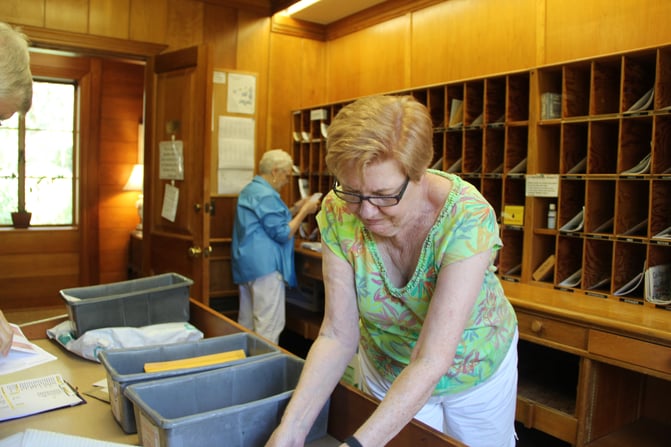 For senior women who have lost spouses and friends, living alone can mean they feel alone.

With fewer opportunities for social interaction, some start to leave the house less. Others may begin to question whether they need a multiple-bedroom home, since their children have grown up and now have homes of their own. Some worry living by themselves will make them a crime target.

Before Sandy Falcone moved to Westminster Gardens, a HumanGood senior living community in Duarte, California, she lived alone in a condominium in Pasadena. After retiring early from her role as an administrator at California Institute of Technology’s Jet Propulsion Lab, Falcone lost day-to-day contact with her work friends—which concerned her family. “She started getting more and more isolated,” says her daughter Michelle Esser. “I was really worried.”

Senior women who, like Falcone, notice it has become increasingly hard to find ways to socialize regularly may find a different environment provides an abundance of new connections.

Falcone is a prime example. Before moving to Westminster Gardens, she was feeling alone. Her daughter and son-in-law went as far as hiring an architect to see about building an addition onto their home for her. It wasn’t feasible, and the truth was, Falcone didn’t really want to live with them. Esser began researching senior living communities.

Falcone fell in love with a one-story, one-bedroom corner unit at Westminster Gardens that has both a front and back door opening to “lots of trees, birds and other wildlife, and a 32-acre campus that is completely walkable,” she says. She also liked the idea of living in a continuing care retirement community where, if she ever needs to, she can move to assisted living on the same campus. “That’s a secure feeling,” she says.

But what would it be like to move out of her home of 22 years to a senior living community 11 miles away where she didn’t know a soul? “I had trepidations about how I was going to fit in and what I would do,” she recalls.

Falcone’s fears, as it turns out, were unfounded; she had no trouble getting acquainted with her new neighbors after her March 2014 move. “My mood improved a lot,” Falcone says. Within two weeks, her grandkids were complaining they couldn’t get Nana on the phone.

When she missed their calls, she may have been at a community wine party, a concert, water aerobics or on a group outing to a downtown restaurant. Her next-door neighbor took her everywhere and introduced her around. Rather than treat recent community transplants like an outsider, “residents are glad you’re new,” Falcone says. “They’re very friendly. When I lived on my own, I didn’t have the social connections that I have here and people to do things with.”

And there are a lot of “things.” Falcone goes to weekly memory enhancement activities (word and spelling games), works in the community mail room, sits on a resident committee, takes a balance class and volunteers weekly at City of Hope, a nearby cancer research and treatment center. The day she’s there, however, conflicts with shuffleboard. “I’m trying to figure out if I can do both!” she says. Bridge is also popular at Westminster Gardens, and she’s hoping to learn to play that, too.

“I’m so much happier here than living by myself,” Falcone says, then corrects herself. “Well, I still live by myself—but I don’t live by myself!”

Starting the conversation with your aging parents about transitioning to a senior living community.

Why Senior Living?, Purpose + Fulfillment
Related Article:
What You Need to Know About Review and Referral Sites for Senior Living
Related Article:
How to Talk to Your Parents About Senior Housing
Related Guide:
In Sickness and In Health: Senior Living Helps Keep Couples Together
Couples don’t always age at the same pace. Find out how senior living helps provide caregiver support so couples stay together—whatever their individual care needs may be.
Learn More